There is an increasing trend of people using nut milk as a replacement for the traditional diary milk in their coffee drinking. In fact, there are some cafes that have already made the switch.  The reason for this trend can be due to health reasons or it can simply a food fad that many have gotten on to. Whatever the cause, it is here now and you can find how this trend has evolved below.

History of Nut Milk in Coffee

It all started with soya milk. This was a hot ingredient a couple of years back when people were going crazy for its health benefits. However, soya milk doesn’t blend too well with coffee. The taste isn’t that great and there is curdle in coffee due to the differences in acidic content. Now, we hardly see soya milk used for coffee today. 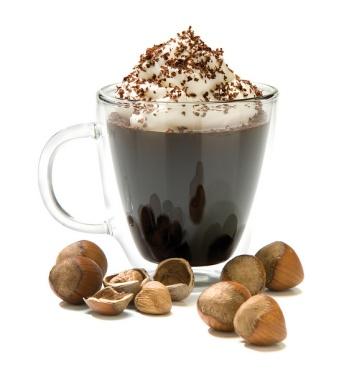 This is why we are seeing the start for the use of hazelnut milk as the replacement for almond nut milk.  Cafes like Bar Nine Collective and  Superba Food + Bread have started the switch as they have the taste of hazelnut milk to be more in line with the taste of their coffee.  Hazelnut milk doesn’t have the same after taste bitterness that almond has so it sits well with some of the folks who can’t stomach almond milk.

Lastly, there are some cafes that have started to create their own nut milk category by mixing different nut milk favors. Go Get Em Tiger and G&B for example started mixing almond milk with macadamia nut milk. This is to their attempt to get the best from both worlds as they try to enhance the almond’s taste with macadamia nut’s richness.

There are no comments yet, but you can be first to comment this article.

My name is Nutty!

I'm a nut milk fanatic. Why? Unfortunately, I have serious lactose intolerance. To avoid terrible diarrhoea, I choose to drink a variety of nut milks as alternative to regular cow milk.

I live in the country and like to make different milks by myself. My favourite nut milk is chocolate almond milk. Welcome to my NutMilk online magazine!